To subscribe to a personalised James Bond podcast, starting today with and with a new episode , use the following URL: 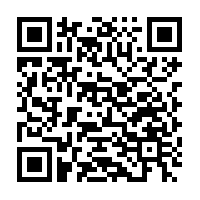 Toby Stephens returns as 007 with Cuban-American star Guillermo Diaz. Bond must eliminate international assassin, Scaramanga. But he has a conscience. In cold blood? Can he do it?

Ian Flemingâs psycho-political Cold War thriller, written in 1964 and dramatised by Archie Scottney. James Bondâs obit appears in the Times. But suddenly heâs back in London with murder on his mind. Brainwashed by the Russians?

M gives him one more chance - terminate international assassin, Francisco Scaramanga.
Bond infiltrates the killerâs Jamaican HQ. But 007 has a conscience. Can he eliminate the butcher in cold blood? Will his cover be blown?

Martin Jarvis directs and is the voice of Ian Fleming in a dazzling Caribbean soundscape with specially composed music by A-Mnemonic.