To subscribe to a personalised The Kraken Wakes podcast, starting today with and with a new episode every days, use the following URL: 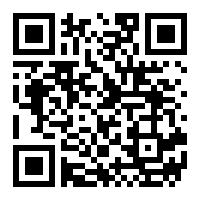 Composer Alan Edward Williams has created a brand new orchestral score that will 'play the part' of the great sea monster during the performance.

Scotland's First Minister Nicola Sturgeon [2016] plays herself in a radio drama which follows survivors of an alien invasion in Scotland. In McDermid's version survivors take refuge in the Highlands and Ms Sturgeon broadcasts instructions to them. During the alien attack that culminates in the polar ice caps melting, most of Britain becoming submerged. McDermid said: "In the book, the protagonists take themselves off to Cornwall, but if the water rose that high, there isn't going to be a Cornwall.

The floods have recently devastated parts of Britain. But what if the flood waters never subsided? What if an apparent meteor shower was actually the invasion fleet of an alien race, incubating in the ocean deeps until they were ready to begin their war of attrition against the human race? What if we were trapped on a drowning planet?

Val McDermid is a long-time fan of Wyndham's work and retells this dramatic novel in light of contemporary fears of climate change.

Recorded with a live orchestral accompaniment from the BBC Philharmonic. Composer Alan Edward Williams worked with Val to create a brand new 50's B movie inspired orchestral score that takes on the role of the unseen Kraken during the performance .

Episode 1:
Radio reporters Mike and Phyllis Watson are drawn into the story when a Northern Lights cruise spots five fireballs landing deep in the ocean. With other global sightings, social media is agog, for a while. But governments don't lose interest when Twitter does. And when naval expeditions link up with scientists to investigate the deeps there are more shocks in store. Scientists are baffled, though theories abound then a series of disasters makes it indisputable.
There is something down there and humans are under attack.

Episode 2:
Following the remote, far flung lone alien attacks, Europe is now under attack too. When people fight back, the sea tanks withdraw, the attacks abate and there is a silence. It is short lived. A new form of attack takes hold. The weather is changing. Banks of fog smother the world. And the sea level is rising. Rivers begin bursting their banks, tracts of the country become uninhabitable and civil society starts to break down. The lights are going out all over the world. Silence.

Mike and Phyllis fight to survive as much of the world is submerged and most of the global population dead or displaced.