BBC short drama series with a twist in the tail
from archive.org

This podcast has been superseded by another one, which may contain additional or better-ordered files. (Or this one could just be a duplicate.)

Check the Just Before Midnight: BBC radio drama podcast instead.

To subscribe to a personalised Just Before Midnight podcast, starting today with and with a new episode , use the following URL: 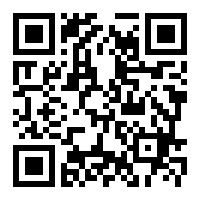 UPDATED 5/31/2022: Upgraded several episodes with much cleaner FLAC files including: "The Dare Game," "The Invader," "The Bionic Blob," "The Cellar," and "The Bognor Regis Vampire." Also added a new episode, "The Nightwatchmen" in FLAC.


These are the best quality copies I could find -- some are great and in FLAC or high bitrate Mp3, but I would love better-sounding versions of some of the lower quality files. And would really love copies of the many episodes I haven't been able to track down. Email me if you have them! nickpalmer57@gmail.com.


JUST BEFORE MIDNIGHT was a series of 15 minute radio plays that ran on the BBC. It launched on Wednesday January 1st, 1964 on The Light Programme. Richard Imison introduced this new venture in that week's "Radio Times" in these words:

"A man is given 6 months to live and decides to commit murder. A mysterious and unwelcome guest in a family seems to know all their closest secrets. A recurring dream begins to come true. A threatening telephone call sets off a hunt through the London fog. A man is greeted as an old friend by a total stranger. Just a very few of the situations from a new series of 15-minute plays starting this week in the Light Programme.

The idea was born in Spring, 1963; a late night series of short plays to be broadcast every night from Monday to Friday. Each one a complete story - very short, perhaps only a single situation, but with a twist in the tail. Horror? Thrillers? Well, yes, occasionally they could be just that. Comedy? Yes, of course. In fact, the series should contain a little of everything. Established and new authors from all fields of writing should be represented; they should be encouraged to experiment.

Unexplored territory and a lot of hard work lay ahead. The word went out. We were in business. One of the most difficult problems was the sheer volume of material required - 5 plays a week, even when they're short ones, is a lot of plays. Gradually, the number of writers involved in the series grew until over 100 people were at work on ideas and complete scripts. The challenge of the unfamiliar length and placing was even stronger that we had dared to hope. Writers of comedy, drama, short stories, novels, newspaper articles and even technical journals remembered some "short" ideas, not suitable for lengthy treatment, but ideal for just 15 minutes.

A man borrows 10 shillings to back a horse, and hits a winning streak. A husband and wife discuss the end of the world. An elderly lady carries contraband across a frontier in a suitcase. A baby show reveals a macabre situation. Two girls listen to a late night series on the Light Programme and are threatened by intruders. An elderly couple talk in a churchyard.

The first series ran until Friday 1 May, 1964 on each weekday night. After a gap of over 14 years, it was resurrected on Saturday 18 November, 1978, this time on Radio 4. The last play, on Nov 4, 1980, was introduced by the author Susan Hill, in the Radio Times's "Preview" section thus:

"I also have personal reasons for listening very closely to the last ever play in "Just Before Midnight" (Friday, R4 at 11.45 p.m.). This series is a victim of the BBC's financial cuts, and its disappearance means a few more doors will be slammed on already hard-pressed actors, not to mention the playwrights.

It has been a widely varied series, the standard of acting and production has been as high as anywhere in radio drama, and it has presented a challenge which has stretched the talents of many good writers. I'm sorry to see it go, and glad to have had the honour of contributing to it".

Here is a list of episodes included here from the 1964 and 1978-80 run. I've also included a couple later productions from the 1990s of scripts and stories that had originally been featured on Just Before Midnight.


1963-03-03 Number 17 [by E. Nesbit]
"Everything I'm going to tell you is as plain and straightforward as a timetable."
Can anyone explain the strange happenings taking place in a small provincial hotel - in room No. 17? Adapted by Michael and Mollie Hardwick from E. Nesbit's story and stars George Hagan as Braithwick, George Merritt as Peel, Will Leighton as Raffety, David Kossoff as Little, Timothy West as Cooper, Sian Davies as the Receptionist and Arthur Gomez as the Night Porter. Produced by Charles Lefeaux


1964-04-14 The Invader [by Philip Levene]
Edmund Stanway is a sensitive man, until he is forced into committing a terrible act. Philip Levene's chilling tale stars James Thomason as Edmund Stanway, Ronald Faulkner as Paul Farrow, Patricia Leventon as Joan Sheldon, Hamlyn Benson as Hanley and Valerie Kirkbright as Millie.


1978-12-02 Scapegoat [by Peter Whalley]
Late at night in an isolated house a man and woman are surprised and held at gunpoint by an intruder. He has, he announces, come to kill the man.


1978-12-09 Wedding Breakfast [by Brian Lee]
A newly-married couple begin life in their new home. Both are secretly reading a book about 'How to Make Marriage Work' - for how much do they really know about each other?


1979-03-11 The Bionic Blob (Ed Bishop) [by James Follett]
A 'Thing' from outer space accidentally arrives on Earth. Its greatest ambition is to become a side-kick to a private eye. Stars Sandra Dickinson, Ed Bishop, John Bay and Harold Basket. Directed by John Tydeman.


1979-04-21 The Devil to Pay [by James Follett]
A car crash on a hot deserted road; a camper on hand to drag the driver from the blazing wreck. The start of an action-packed adventure play? .. Not quite. Listen on. Stars Norman Rodway as the Devil and Derek Seaton as the Camper. Directed by Glyn Dearman


1979-05-12 And No Birds Sing [by Ted Willis]
"Philip, what happened on that train..?" Philip Brooks is quietly reading at home, but a knock on his front door may change his life forever... Ted Willis's puzzling tale stars Hugh Burden as Philip Brooks, Mary Miller as Ann Brooks and Adrian Egan as Detective Sergeant Syms. Produced by David Johnston


1979-05-25 The Tale of the Bognor Regis Vampire [by J C W Brook]
"Forgive me for being personal, but you have several peculiarities: your teeth, white face and staring red eyes, the fact that our mahogany mirror over the fireplace seems to ignore your existence - and what are you doing in Bognor Regis?" A couple receives an unusually diabolical visitor, but this guest may get more than he bargained for. Stars Margot Boyd and Philip Voss. Directed by Ian Cotterell


1980-02-15 The Man Who Invented Yesterday [by James Follett]
Like so many scientists before him. Sir Max is delighted when his experiments come to fruition. His most recent, however, takes him slightly by surprise. Directed by Christopher Venning


1990-07-31 M is for Moon Among Other Things [by Tom Stoppard]
A new presentation starring Anna Massey as part of The Tom Stoppard Season. The death of Marilyn Monroe and the M to N section of an illustrated encyclopedia take on an unexpected significance in the lives of Constance and Alfred. Directed by Paul Schlesinger


Scripts for these and some lost episodes available in the 1985 collection Humour and Horror: Twelve Short Plays.