In and Out of the Kitchen

Radio comedy about a cookery writer
from archive.org

To subscribe to a personalised In and Out of the Kitchen podcast, starting today with and with a new episode , use the following URL: 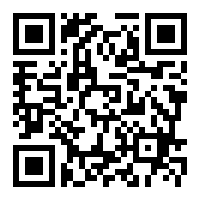 In and Out of the Kitchen is a BBC radio comedy written by Miles Jupp. Its first series was broadcast on BBC Radio 4 in 2011. The show revolves around the lives of fussy perfectionist culinary writer Damien Trench (played by Miles Jupp) and his more laid-back partner, Anthony (played by Justin Edwards). It features a mixture of dialogue, Damien's diary entries and a weekly recipe. Although he does not attempt to cook the recipes he writes on behalf of Damien, Jupp has stated that they are "probably...reasonably edible", with the notable exception of "pilchards al limone" and "whatever the hangover cure was from the first episode". A second series was broadcast in 2013 and a third series announced on Jupp's website soon after, along with plans for a TV pilot.