To subscribe to a personalised Lee & Herring's Radio 1 Show podcast, starting today with and with a new episode , use the following URL: 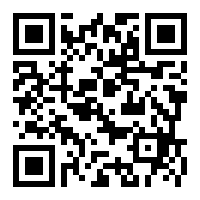 Lee and Herring was a British radio series broadcast on BBC Radio 1 in 1994 and 1995, named after the comedy double act who hosted it, Stewart Lee and Richard Herring.

The show ran for three series and a total of nineteen hour-long episodes. It followed on from their previous Radio 1 series, Fist of Fun, and was one of a number of comedy and music shows being produced for Radio 1 at the time: other notable examples being shows hosted by Chris Morris and Armando Iannucci. The fact that the bulk of the show was live, and to some extent unscripted, gave the programmes a more relaxed feel, with the presenters somewhere in between their genuine personalities and the comic personas adopted for their act. The show was produced by Chris Neill, Sarah Smith and Kathy Smith.

The series served as a testing ground for new ideas, and many of the characters and items introduced in the series were adapted for later television projects. Lee and Herring were keen to pursue a fourth series, but Radio 1 ceased its comedy output at the beginning of 1997.