To subscribe to a personalised Little Britain podcast, starting today with and with a new episode every days, use the following URL: 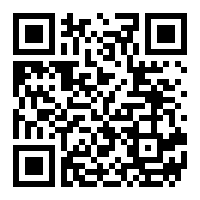 This is the complete series from BBC Radio 4, plus the pilot
episode and over twenty-five minutes of never-heard-before sketches and
outtaks. "Comedy ecstasy ..." - "Heat magazine". The "Little Britain
Radio Series" won a Sony Award when it first appeared on radio, and has
since gone on to become a comedy phenomenon. Now, available for the
first time, are the original pilot and all four episodes of the original
radio series - complete and uncut. Matt Lucas and David Walliams'
comedy creations are already household names and need no introduction:
Daffyd, the only gay in his village, Emily 'I'm a lady!' Howard,
incoherent young offender Vicky Pollard, Kenny 'Look into my eyes'
Craig, and Marjorie Dawes from FatFighters. Not forgetting Denver Mills,
Dennis Waterman, and children's entertainer Des Kaye. Complementing Tom
Baker's brilliantly bizarre narration, and David Arnold's original
music, are many characters that have only ever appeared on radio:
Cockney Film Star, taxi driver Jackie Paper, Joey the Stool, and two of
the worst ghosts you'll ever know. With a wealth of bonus material that
includes sketches and hilarious outtakes never transmitted on radio,
welcome to the wonderful and surreal world of Little Britain.