The 1960s BBC sitcom set in the North East of England
from archive.org

To subscribe to a personalised The Likely Lads podcast, starting today with and with a new episode , use the following URL: 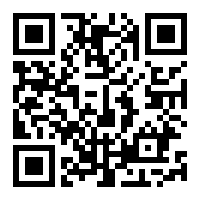 The Likely Lads was a British TV sitcom created and written by Dick Clement and Ian La Frenais,. Twenty episodes were broadcast by the BBC, over three series, between 16 December 1964 and 23 July 1966. The sitcom was set in Newcastle upon Tyne, North East England.

After growing up, going to school and the Scouts together, Bob and Terry are now working in the same factory, Ellison's Electrical, alongside the older, wiser duo of Cloughie and Jack. The show's gritty yet verbose humour derived largely from the tensions between Terry's cynical, every-man, working class personality and Bob's ambition to better himself and move to the middle class.

As Bob and Terry were two average working class lads growing up in the industrial North East, their hobbies were beer, football and girls. They were canny, which is to say street-wise, yet they stumbled into one scrape after another as they struggled to enjoy the Swinging Sixties on their meagre incomes.

At the end of the third and final series in 1966, a depressed and bored Bob attempted to join the Army but was rejected because of his flat feet. Terry, who decided at the last minute to enlist to keep Bob company, was accepted A1 and shipped away for three years.

Sixteen of the television scripts were adapted for radio by James Bolam, and broadcast in two series during 1967 and 1968. Produced by John Browell, the radio adaptations were recorded at the Paris Studios in Lower Regent Street, London using the original television cast. Series 1 was broadcast on the BBC Light Programme, then Series 2 on the recently launched BBC Radio 2.