To subscribe to a personalised Lord of the Flies podcast, starting today with and with a new episode every days, use the following URL: 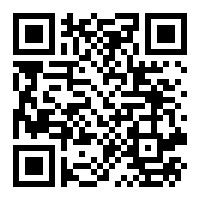 William Golding's classic story about a group of boys plane-wrecked on a deserted island.First published in 1954, William Golding's classic fable of mankind's capacity for good and evil is one of the masterpieces of 20th-century literature, so much so that has it long ago reached the status of a cultural referent. Judith Adams' four-part dramatisation captures the adventure, atmosphere and chilling undertones of Golding's tragic vision.Dramatised by Judith Adams, with Ruth Wilson narrating.Â With Finn Bennett as Ralph, Richard Linnell as Jack, Kasper Hilton Hille as Piggy and Jack Kane as SimonDirected by Sasha Yevtushenko.Episode 1 Â - Fire on the MountainRalph, Piggy, Jack and Simon are amongst a group of schoolboys who survive a plane crash and find themselves marooned on a deserted island. With no means of contacting the world beyond, the boys come together in an attempt to initiate rescue and survive the surrounding perils. But as time passes, and memories of home grow faint, tensions mount and their unity and order is sorely tested.Episode 2 - Painted FacesThe boys' hair has grown and their clothes have begun to fall apart since they were first marooned.Â Episode 3 - Beast From the AirUntil now, the boys believed they were alone. Then a mysterious shape prompts rumours of a beast.Â Episode 4 - Gift for DarknessSince the crash, the survivors have maintained a signal fire. A split has developed and tensions rise.Â