To subscribe to a personalised Lenin of the Rovers podcast, starting today with and with a new episode every days, use the following URL: 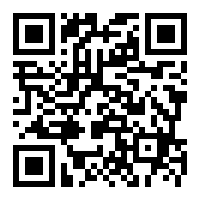 Episode 1, Up for the Coup: 'The art of leadership consists in consolidating the attention of the people against a single adversary and taking care that nothing will split up that attention.'

Episode 2, Felcherama: 'Frankly admitting a mistake, ascertaining the reasons for it, analysing the conditions which led to it, and thoroughly discussing the means of correcting it - that is the earmark of a serious party, that is the way it should perform its duties.'

Episode 4, Max Gut: 'Before everything else, we must save the revolution, and we can save it only by signing peace terms with the Germans. Better a split than the danger of an overthrow of the revolution.'

Episode 5, Ghosts and Goolies: Ricky decides to write a column in a tabloid newspaper and ends up learning a few lessons about life, love, truth and Gloria Hunniford.

Episode 7, Apocalypse Des: Where better to go for a sunny pre-cup-final break than newly-communist El Telvador? Anywhere, if Des Frankly is interpreter. So begins a terrifying journey into the very heart of darkness itself.

Episode 8, The Final Solution: Felchester have reached the cup final; but Ricky's million-pound sponsorship deal could jeopardise everything, involving as it does a pig, a nuclear power station and the Florida state electric chair.