Reading of the Robert Heinlein novel
from archive.org

To subscribe to a personalised Methuselah's Children podcast, starting today with and with a new episode , use the following URL: 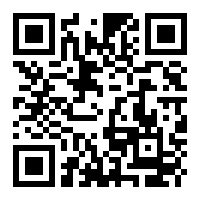 Robert A. Heinlein first published Methuselah's Children in a serialized version in the magazine Astounding Science Fiction in July through September 1941. He completely rewrote, expanded and republished the novel independently in 1958.

When Methuselah's Children saw light of day in 1941, the Holocaust was well under way with the S.S. rounding up Jews and others deemed undesirable, and shipping them to concentration camps for the "final solution." Just as Eve Barstow, referring to her neighbors, in the novel opined, "I cannot believe they would hate me and destroy me," real living Jews had the same misimpression under the Third Reich's actuality. They became scapegoats, just as the Howard Families do. As the Howard Families would have done given the choice many of the Jews of the Third Reich for the most part simply expressed increasing disbelief, resignation and powerlessness and wound up martyred. Rights were suspended for the minority while the many turned a blind eye or actively supported "cleansing" and genocide. When the novel was being rewritten for its second publication in the 1950s, the citizenry of United States for the first time during the author's adult lifetime were enjoying great material prosperity and becoming far less willing to dedicate themselves to hard chores. There is more than a hint in this novel that he found this defect as disconcerting as earlier lassitude to genocide.

The adventures of Lazarus Long and his branch of the Howards continue well beyond this novel into Time Enough For Love (1973), The Number of the Beast (1980), and To Sail Beyond the Sunset (1987). Heinlein places Methuselah's Children near the end of his Future History, from 2136 to 2210.