To subscribe to a personalised Midnight's Children podcast, starting today with and with a new episode , use the following URL: 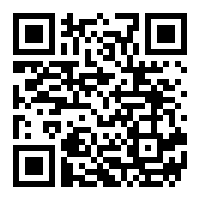 An ambitious dramatisation of Salman Rushdie's dazzling novel of love, history and magic.

All other parts were played by:

Sheetal Kapoor, Renu Brindle and Emilio Doorgasingh and members of the company.

Directed and produced by Tracey Neale and Emma Harding.

Episodes
1. The Perforated Sheet
Dr Aadam Aziz falls in love with a woman hidden behind a perforated sheet.

2. The Birth of a Nation
Saleem is born at the exact moment of India's Partition.

3. All India Radio
Young Saleem discovers he has the power of telepathy.

5. The Shadow of the Mosque
Saleem is reunited with the other Midnight's Children in terrifying circumstances.


6. Interview with Salman Rushie by producer Emma Harding
They discuss the initial impetus for the novel and the mirroring of his own life as a child born 70 years ago in the year of India's Partition.

Rushdie also talks about the break-through moment of finding Saleem's voice, his attempt to represent the multiplicity of India in a single novel, and his pessimism about the direction of travel of India and Pakistan today.