To subscribe to a personalised Modesty Blaise podcast, starting today with and with a new episode every days, use the following URL: 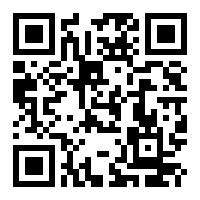 Modesty Blaise started off as a 1960s strip cartoon, though was later developed into novels and three films. Modesty Blaise is a wealthy, very curvaceous young woman of a mysterious background who, although at times a criminal, also works sometimes for the British Secret Service under instructions from Sir Gerald Tarrant.

In this story, the subject of the first novel, a British agent is found dead in suspicious circumstances. Now rumours are circulating of a plot to steal a huge consignment of diamonds belonging to a Middle Eastern Sheikh. The diamonds are part of a deal to secure oil for Britain and Sir Gerald Tarrant, head of a British secret service organisation, needs some specialist help to prevent the plot being carried out. He decides to 'set a thief to catch a thief' and persuades former criminal Modesty Blaise to come out of retirement, along with her right-hand man Willie Garvin.

Sir Gerald Tarrant tempts Modesty out of retirement and into a job involving a young woman with extra sensory powers, an exotic desert location, and a larger than life public school villain, intent on murdering his way to a vast fortune.

Modesty invites Sir Gerald Tarrant of British Intelligence to join her for a holiday at the Gorges du Tarn in the South of France. But, after stopping on the cliff road to help two nuns who have broken down, Sir Gerald's car is found smashed to pieces at the bottom of the ravine. It does not take long for Modesty (once more played by Daphne Alexander) to realise that Sir Gerald has been kidnapped.