1940s US mystery series about husband-and-wife amateur detectives
from archive.org

To subscribe to a personalised Mr and Mrs North podcast, starting today with and with a new episode , use the following URL: 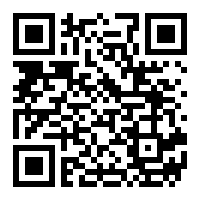 Mr. and Mrs. North are fictional American amateur detectives. Created by Frances and Richard Lockridge, the couple were featured in a series of 26 Mr. and Mrs. North novels, a Broadway play, a motion picture and several radio and television series.

Mr. and Mrs. North was a radio mystery series that aired on CBS from 1942 to 1954. Alice Frost and Joseph Curtin had the title roles when the series began in 1942. The characters, publisher Jerry North and his wife Pam, lived in Greenwich Village at 24 St. Anne's Flat. They were not professional detectives but simply an ordinary couple who stumbled across a murder or two every week for 12 years. The radio program eventually reached nearly 20 million listeners.

The characters originated in 1930s vignettes written by Richard Lockridge for the New York Sun, and he brought them back for short stories in The New Yorker. These stories were collected in Mr. and Mrs. North (1936). Lockridge increased the readership after he teamed with his wife Frances on a novel, The Norths Meet Murder (1940), launching a series of 26 novels, including Death Takes a Bow, Death on the Aisle and The Dishonest Murderer. Their long-run series continued for over two decades and came to an end in 1963 with the death of Frances Lockridge. The series was unusual in that it was Mrs. North who often solved the cases, while Mr. North was just background much of the time. In his article, "Married Sleuths," Charles L.P. Silet captured the flavor of the novels:

"... who passed themselves off as a publisher and his homemaker-spouse continued to make lighthearted wisecracks as they stepped over bodies in dark alleys and were rendered unconscious by unknown assailants dispensing blows to the head almost every week... The feminine half of the twosome was at least equal to the husband in solving cases that often baffled law-enforcement officers with years of training and practice; except in reading clues. No explanation was given, of course, as to why a couple of misfits could be so successful in their preoccupation while the professionals thrashed about ineffectually."