To subscribe to a personalised Murder By Experts podcast, starting today with and with a new episode , use the following URL: 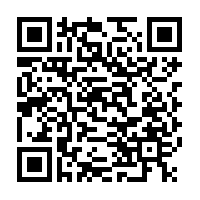 Murder By Experts ran on Mutual from June 1949 through December of 1951. Its total run consisted of 130 episodes of crime and mystery that quickly birthed a loyal following of listeners and swiftly gained the respect and approval from the radio world at large.

This show boasted the genius of Robert Arthur and David Kogan of Mysterious Traveler fame along with famous mystery writers like John Dickson Carr and Brett Halliday who hosted the program and also included many familiar names from the deep pool of New York acting talent like Lawson Zerbe, Ann Shepherd, Santos Ortega, Ralph Bell, and William Zuckert. The program featured stories by well known writers of the time and chosen by "guest experts" like Craig Rice, Bruno Fisher, Lawrence Blochman and other household detective fiction names. The host would begin by saying something like "This weeks show has been chosen for your approval by one of the worlds leading detective writers", would then name the story, its author and the name of the guest expert. When the play came to a close the narrator would return to the air saying "and so the curtain falls on", gives the title of the play again and gives a preview of next weeks drama.

This radio show was such an immediate favorite that it won the prestigious "Edgar Award" for the best radio drama in 1950 after being on the air for only six months. This was no surprise given the fact that the Arthur/Kogan Collaboration had already achieved much success with The Mysterious Traveler which had been previously nominated in 1949, losing against the great Inner Sanctum.