To subscribe to a personalised Radio City Playhouse podcast, starting today with and with a new episode , use the following URL: 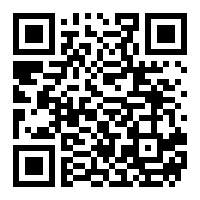 Radio City Playhouse, running from 1948 to 1950, was one of the last of a long series of premium Drama productions NBC offered as flagship, sustaining productions over the years. As with its previous premium dramatic and Classic music productions, NBC spared no apparent expense to mount these flagship efforts. And it shows. NBC, yet again, brings the greatest voice talent, writing, and technical direction to this anthology of wonderful, popular modern dramas.

NBC's previous dramatic sustaining productions consisted of either the pure Classics, or Modern Stage Plays from the 19th and 20th Centuries. This series of three seasons tended to feature a delightful mix of both contemporary original radio plays and classic dramas, backed by the very finest voice talent on contract with NBC.

But Director Harry Junkin also introduced several new talents into the mix, which made for a wonderful combination of both tried and true productions with just enough orginal dramas and writers to keep the series both timely and timeless.

As was the hallmark of all of NBC's corporate sustaining productions, the staff, music, sound engineering and voice talent were absolutely top-drawer from top to bottom and beginning to end. Even the newcomers the series showcased during its three seasons were remarkably talented young finds in their own right.

This is yet another in a long, distinguished line of absolutely impeccable NBC-sustained productions, and its historic cultural contribution to The Golden Age of Radio merits inclusion in any serious Radio Collector's active holdings--active as in, the ones they actually listen to from time to time.