Dramas and documentaries
from archive.org

To subscribe to a personalised Nigel Kneale: The BBC Radio Collection podcast, starting today with and with a new episode , use the following URL: 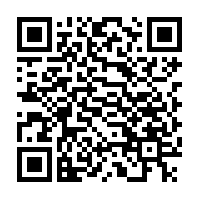 A mix of radio documentary, readings and dramatic adaptations to give you a sense of Nigel Knealeâs unique talent and incredible influence on science fiction and horror. In FLAC (lossless) and Mp3.

Toby Hadoke considers the legacy of Quatermass writer Nigel Kneale, whose trademark fusion of science fiction and folk horror famously transfixed the nation at the dawn of TV drama and continues to influence it to this day.


His adaptation of Nineteen Eighty-Four shocked the establishment, and his seminal TV plays The Road, The Stone Tape and The Year of the Sex Olympics mark him out as a true pioneer of science fiction and horror. Made for BBC Radio 4 Extra.

Mark Gatiss and Adrian Scarborough star as a philosopher and scientist investigating ghostly outbreaks in a country wood in 1768. Neither is quite prepared for the shocking truth that they uncover. Nigel Knealeâs legendary lost 1963 TV play is famed for its haunting climax. Adapted by Toby Hadoke & directed by Charlotte Riches.

In 1979, a team of scientists moves into a new laboratory in a Victorian mansion. When Jill Greely hears a strange disembodied scream, the team decides to analyze the phenomenon, which appears to be a psychic impression trapped in the wall. The scientists begin to realize that their work has disturbed something hidden beneath the stone, something ancient and malevolent.


The original 1972 TV movie is now a cult favorite. Written by Quatermass creator, Nigel Kneale, it's known for its cutting edge sound effects from the BBC Radiophonic Workshop.

This remake has been conceived by Peter Strickland in collaboration with writer Matthew Graham (Life On Mars). It features new music from James Cargill (of the band Broadcast) and sound design from Andrew Liles. A stellar cast includes Romola Garai, Julian Rhind-Tutt, and Julian Barratt with a special cameo by the star of the original version, Jane Asher.


Available for this broadcast in BINAURAL SOUND â please listen on headphones to get the true experience. Also available online and on demand.


A Somethin' Else production for BBC Radio 4 first broadcast in 2015.

The renowned Quatermass Memoirs was first broadcast on BBC Radio 3 in 1996. It is a mix of original TV soundtrack and drama-documentary, in which Nigel Kneale reflects on the 1950s fearful atmosphere in which he wrote the classic Quatermass TV serials. The program mixes the factual story with a dramatic narrative, in which the now-retired Professor Quatermass (played by Nigel Kneale) reluctantly recounts his past exploits to a female journalist. This in turn is interweaved with soundtrack footage from the Quatermass TV dramas. The final touch is a stirring music soundtrack.

An old man calls to a frog and then catches it for a sinister purpose, but will he pay for his crime? George Parsons reads Nigel Knealeâs short story. Produced at BBC Bristol by Pamela Howe

Audio pulled from the BBC television series Late Night Story, Tom Baker reads Nigel Kneale's story of a dying boy who is forced by his mother to have one last photograph taken.


Picturehouse Crouch End in London will be hosting a day-long event on 23 April featuring expert panelists and members of cast and crew looking at Knealeâs film and TV work and his influence and legacy.


Nigel Kneale's adaptation of George Orwell's Nineteen Eighty-Four starring Peter Cushing is released by the BFI on Blu ray DVD in April. Quatermass 1 and 2 will also be available on BFI Player.

NIGEL KNEALE BIO from The Guardian:


Of all the writers of his time, Nigel Kneale, who has died aged 84, came closest to matching H G Wells in sensational public impact as well as the brilliance of his early years. His Quatermass trilogy of science fiction serials and his adaptation of George Orwell's 1984 - mostly performed live in the studio - were among the glories of British television drama throughout the 1950s, and are still seen as such.


They were scripts of a vision and excitement that has hardly been equalled and never surpassed, despite all the technical slickery the medium has achieved since.


The paradox was that Kneale never saw himself as a science fiction author. "I'm not really a science fiction fan. I hardly ever read it," he said towards the end of his life. Neither did he move a finger to exploit his triumphs or tout his reputation. He was the least self-promoting of artists, his name absent from Who's Who and all the usual reference books for the craft he adorned for 40 years .


He continued to work, apparently contentedly, as a consistently distinguished jobbing scriptwriter, proud of his versatility, with TV and film work as various as John Osborne's Look Back in Anger (1958), his first film script, and The Entertainer (1960), Halloween III: Season of the Witch (1982), The Woman in Black by Susan Hill (1989) and Kingsley Amis's Stanley and the Women (1991). "He was an independent-minded man who refused to be typecast," his agent said. "He must have turned down scores of commissions."


In the mid-1990s, when he was 73, he agreed to the ultra-jobbing assignments, for a man with his record, of writing episodes for the series Sharpe's Rifles and Kavanagh QC (1997), his final script. "We didn't think he'd want to bother with them but he did," the agent said. "That was probably because he liked the producer."


Last year's BBC4 remake of Quatermass proved that Kneale was honored among his peers, even those not born when his early work was first shown. The critic Anne Billson called him a "master of the narrative twist which plunges you deeper into a swamp of fear". His best work, however, went much deeper than that.


Nigel Kneale was born in Barrow-in-Furness, then in Lancashire, but grew up on the Isle of Man. "There's always been a traditional belief on the Isle of Man in things you can't quite see," he said. He studied for the Manx bar but grew bored.


He then trained as an actor at the Royal Academy of Dramatic Art and briefly carried spears in Shakespeare plays at Stratford-upon-Avon. In 1950, when he was 27, his first collection of short stories, Tomato Cain, won the Somerset Maugham Award.


In 1951 he joined the BBC as a scriptwriter. Only two years later came The Quatermass Experiment, directed by the innovative Rudolph Cartier. Kneale's fee for it was Â£250.


Its plot (like those of HG Wells) was the sheerest hokum: an idealistic government rocket scientist battling the spread of a mind-bending alien vegetable brought home on a spaceship. But the narrative was stomach-clawing and the underlying metaphor - of individuals slowly falling victim to an unprepared-for invasion - engrossed an audience caught in real life between the second world war, the onset of the cold war, nuclear testing, an epidemic of flying saucer reports and the stirrings of the space race.


"There was dread in the real world in the 1950s. The forces of annihilation were in the hands of fallible, panicking men, yet official propaganda was still jaunty," he said. "The BBC didn't have any special effects then. My stories had to be told through characters, and were better for it."


In both this and his two equally popular sequels Quatermass II (1955) and Quatermass and The Pit (1959), Kneale, unusually for this time, emerged as an optimist as well as a humanist. In all three serials, the enemy was defeated not primarily by force but by the exercise of human free will. In the last, the foe turned out to be human mass destructiveness itself. This gave his work, at best, considerable grandeur.


In 1954 he married his fellow BBC scriptwriter Judith Kerr. Of their two children, Matthew followed his father in winning a Somerset Maugham award. Matthew's novel English Passengers took the 2001 Whitbread book of the year award. Their daughter Tacy is an actor, and an art director on the Harry Potter films. Judith went on to publish the bestselling Mog children's books.


Sandwiched into the triumphant 50s was Kneale's astonishingly mature version of 1984, an adaptation that had his usual pace but encompassed the full dread and pity of the novel. The totalitarian ending, which could leave no margin for free will, appalled its audience, led to questions in Parliament, permanently revived Orwell's reputation and launched two of its players, Peter Cushing and Donald Pleasence, as specialists in the macabre.


After that, his career was anti-climactic. Hammer Films commissioned scripts of all three Quatermass stories, which were box-office successes and are often reshown on TV. Cartier's vastly better television originals are rarely reshown. Kneale's name remained a byword for deft, exceptionally imaginative storytelling; but the medium in which he worked best, television, never again used him with any consistent flair.


In 1968 he saw one of his ideas surface without acknowledgement in Stanley Kubrick's film 2001: a Space Odyssey. In 1972 the BBC produced his tale The Stone Tape, a technological ghost story still renowned among aficionados for the twist in its tail. In 1979, for Thames Television, he wrote a coda to his old saga. The serial, Quatermass: the Conclusion, was more complex than his previous work and rich in its sense of pity.


In 1995 he went back to the subject for The Quatermass Memoirs on Radio 3, dedicated "to those who remember hiding behind the sofa when Quatermass came on. His adventures have gone down in cultural history," said the producer Paul Quinn.


Kneale was by no means the only author to have been largely wasted by television, and to have seen his status overtaken by soap opera hacks. But his place is secure, alongside Wells, Arthur C Clarke, John Wyndham and Brian Aldiss, as one of the best, most exciting and most compassionate English science fiction writers of his century.