A selection of English comedy radio shows from the 1940s
from archive.org

To subscribe to a personalised 1940s BBC Comedy podcast, starting today with and with a new episode , use the following URL: 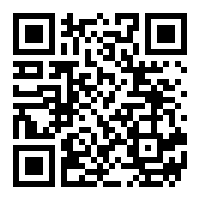 Little of the BBC's radio output of the 1940s has survived, as most shows were broadcast live and were not recorded. The 78 rpm disk recording technology, which was all that was available prior to the development of tape recording, resulted in sound quality that was significantly worse than a live broadcast, so it was better not to fill the air-time with recordings, and being a non-commercial broadcaster the BBC had no financial incentive to preserve its output.

Those factors have made BBC recordings from this period rare. Here are some of the few which were preserved in their archives.

"Band Waggon" was the first weekly BBC comedy series to be broadcast on the same day of the week and at the same time of day. Previous comedy shows had been aired on an ad hoc basis; but here, for the first time, was a series which would be on the air at the same time each week, and this helped to build a big audience for each week's broadcast.

The series starred popular stage comedian Arthur Askey. He was its "resident comic", in that he appeared in every broadcast, rather than featuring a different comedian each week, as had been the usual practice up until then. Askey, however, suggested the term be taken literally, and that in the sketches he should pretend he was literally resident at the BBC, living in a (fictitious) apartment on the roof of Broadcasting House in London. This gimmick caught the public's imagination, and "Band Waggon" quickly became the BBC's most popular pre-war radio comedy.

"ITMA", short for "It's That Man Again", was a wartime comedy that began in 1939, starring popular stage comedian Tommy Handley. It derived its name from newspaper headlines of the time, in which the phrase "It's That Man Again" was frequently used as an ironic reference to Hitler.

Indeed, sending-up Hitler (and the German war effort generally) was a mainstay of the series. For the first time on the BBC a comedian was allowed to poke fun at a foreign leader. The BBC, usually terribly polite, generally frowned upon such goings on; but once war was declared they changed their policy pretty quickly. The result was a very topical show. The humour in the scripts tended to date very quickly, and the point of a joke might be lost just a fortnight later.

The wartime show for the Services, "Merry Go Round", comprised three seperate series: one for the Army, one for the Navy, and one for the Airforce. These rotated, so that each was heard once every three weeks.

The Air Force show, "Much Binding in the Marsh", was the most successful of these, to judge by how long it lasted. The series starred Richard Murdoch, who had previously appeared alongside Arthur Askey in the pre-war "Band Waggon", and Kenneth Horne, who is now remembered mainly for his 1960s heyday in the two satirical successes "Beyond Our Ken" and "Round the Horne".

During the war, "Much Binding in the Marsh" was set in the fictitious RAF station of Much Binding. But the show was so popular that it continued until 1953. In the immediate post-war period, then, the RAF base became a country club run by Murdoch and Horne; while the 1950s saw them running their own newspaper, 'The Weekly Bind'.

The Army show was "Studio Stand Easy", starring comedian Charlie Chester. He was actually an Army Sergeant when the show was conceived, having been called-up following the outbreak of war. Unbelieveably, he was actually ordered by his commanding officer to write a smash-hit radio show! This, he later remarked wryly, was easier said than done. But he was a first rate comedian, who, like Kenneth Horne, continued to be very successful on radio well into the 1960s.

The Navy's contribution to "Merry Go Round", initially entitled "H.M.S. Waterlogged", starred light comedian Eric Barker, supported by Jon Pertwee (who was later to have big successes in the BBC radio comedy "The Navy Lark" and on television as the third Doctor Who). After the war, "H.M.S. Waterlogged" evolved into "Waterlogged Spa", with the Naval Base becoming a health spa as the show continued into the post-war period. Many of the characters who Pertwee played in this show would later reappear in "The Navy Lark" in the 1960s!

After "Waterlogged Spa", though, Jon Pertwee's next success came in the radio comedy "Up The Pole", starring variety comedians Jimmy Jewel and Ben Warriss (who already had a well known double act on the music-hall stage, as Jewel and Warriss). Pertwee played a variety of crooked characters in this show, always 'on the make', and those characters later formed the basis of the humorously dishonest Chief Petty Officer who he played in "The Navy Lark", when it began in 1959.

"Life with the Lyons" starred American husband-and-wife team Ben Lyon and Bebe Daniels, film stars of the day. Along with their real life children, they literally formed a family show, in this long running radio series. Set in the early 1950s, it was so popular that it was still on the air at the end of that decade.

Finally in this collection, a rare surviving edition of "The Will Hay Programme", starring film comedian Will Hay. This ran for three series during 1944 and 1945, with Will Hay playing the inept schoolmaster character for whom he was best known in his cinema films, as Dr Muffin, the Headmaster of St Michael's School for Boys.

The files listed in the column VBR MP3 are not in fact variable bit rate files. This is a column for files which do not fall into any of the Archive's standard bitrate categories. Most of these on this page are 80 Kbps, at a sample rate of 48 kHz.