From 1957, a brief experiment in radio by Boris Karloff
from archive.org

To subscribe to a personalised The Frightened podcast, starting today with and with a new episode , use the following URL: 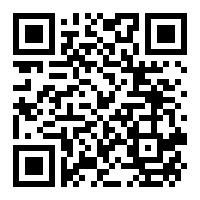 During 1956 Lyle Kenyon Engel put together a package of two radio shows and four magazines. The shows were American Agent, a spy drama, and The Frightened, narrated by Boris Karloff; the magazines included Tales of the Frightened, a tie in to the radio show.

The publisher, Republic Features Syndicate, went out of business in late 1957.