To subscribe to a personalised Opie & Anthony's Tribute To Patrice O'Neal podcast, starting today with and with a new episode , use the following URL: 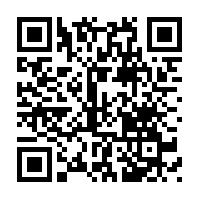 Patrice O'Neal (December 7, 1969 - November 29, 2011) was a standup comedian and popular guest on The Opie and Anthony Show. He often filled in for Jim Norton when he was away doing standup. Patrice also hosted the show Bitch Management during The Saturday Night Virus. He frequently appeared on Sean Hannity's radio and television shows. He was best known for his cutting commentary on women, relationships, and race.

Patrice got his first real taste of standup at a place called Estelle's in Boston. He was heckling a comic, and the comic suggested maybe Patrice thought he could do better. Patrice did and the following week he went on stage at Estelle's and brought down the house. From there he went on to work at the Comedy Connection, then moved to working the clubs in and around Boston, New England, and New York.

A regular on the now defunct Tough Crowd with Colin Quinn, Patrice had appeared on Late Night With Conan O'Brien three times and The Late Show with David Letterman twice. He had a semi-recurring role as Lonnie, a warehouse employee, on NBC's The Office. Previously, he also had recurring roles on both NBC's The Colin Quinn Show and Comedy Central's Contest Searchlight. Patrice also played the role of Pit Bull in the Chappelle's Show sketch entitled "The Players Ball".

As a stand-up comedian, he performed at both the prestigious Montreal Just For Laughs and the HBO U.S. Comedy Arts Festival in Aspen. Additionally Patrice appeared on Comedy Central's Premium Blend, NBC's Comedy Showcase, as well as having his own half-hour special on Showtime.

His film credits include: The 25th Hour directed by Spike Lee, In the Cut with Meg Ryan, and Head of State with Chris Rock.

On October 26th, 2011 Bob Kelly announced that Patrice had fell ill and had a stroke on October 19th. Jimmy had invited Bob, Rich Vos, Colin Quinn, and Keith Robinson in to help announce it because he didn't want to do it alone and so the listeners heard it from them and not from someone who doesn't know anything.

On November 29th, 2011 TMZ broke the story that Patrice had not recovered and died at the age of 41 during the morning. Opie confirmed it VIA Twitter. Ron and Fez decided to stop their "Why the 70's Rocked" bit to take listener calls about Patrice. RIP Patrice.