To subscribe to a personalised Father Knows Best podcast, starting today with and with a new episode , use the following URL: 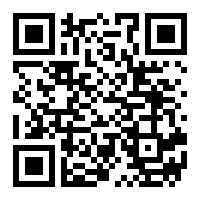 In early 1949 General Foods, represented by Young & Rubicam and Benton & Bowles, dropped its sponsorship of the Burns & Allen radio program which advertised its Maxwell House Coffee. Executives blamed the cancellation on the program's weekly $17,500 price tag which they claimed had become too expensive for radio in a time of growing television power. Not ready to entirely abandon radio, General Foods (still through Benton & Bowles) committed $7,500 per week - less than half their budget for Burns & Allen - to a new domestic comedy, Father Knows Best.

The show was created by Ed James - who also scripted it initially - and developed by Rodney-Young Productions. Rodney-Young was a partnership formed years before between Eugene B. Rodney and Robert Young, the latter a Hollywood actor who would be cast as the series lead, the Anderson family patriarch Jim Anderson. Harold "Scrappy" Lambert, a former band vocalist who got into radio in the 1930s - packaged the entire deal.

Father Knows Best debuted on August 25, 1949 over NBC. In addition to Robert Young - a contract studio actor who earned over 100 film credits in 20 years on the big screen - Father Knows Best featured Jean Vander Pyl as mother Margaret Anderson for almost the entire run. Pyl's biggest fame came later in television, most notably as the voice of Wilma Flintstone. The eldest child, Betty, was played by Rhoda Williams, the middle child, Bud, by Ted Donaldson, and the youngest, Kathy, primarily by Norma Jean Nilsson.

At the beginning of its second season, director Kenneth M. Burton, head of West Coast radio production for the Burton & Bowles agency, died of a heart attack at age 51 in August 1950. He was replaced by Fran van Hartesveldt. Father Knows Best did not miss a beat and amassed its highest season rating of 13.4. During 1951 the program was sponsored over 39 stations of Canada's Dominion Network after appearing on the Trans-Canada Network. The series proved to be one of NBCs most popular programs in 1951 and it found large audiences in Canada as well.

Near the end of 1951 Ed James handed over writing duties to Paul West who "desquabbled" it according to radio historian Jim Cox, and he set the tone of the program that would endure into its television run. Beginning January 10, 1952, the Crosley Division of Cincinnati's Avco Manufacturing took over sponsorship from Maxwell House; however, they did not renew after the initial 13-week contract and General Foods resumed sponsorship. During this time lead actor and co-producer Robert Young was awarded the National Safety Council's Award of Merit for a highway safety campaign in which he participated.

In mid-1952 it was announced that Father Knows Best would be adapted to television, a project that came to fruition two years later in 1954. During the radio program's fourth season, 1952-1953, the producers decided to tape the program, allowing the cast - especially Robert Morgan - the opportunity to more easily do other projects as well. Even video taping created some logistical challenges, especially when Robert Young embarked on a 40-week theatrical tour with the show Country Girl. To accommodate his schedule the entire cast of Father Knows Best had to be periodically flown to whatever city in which Young was performing and subsequently tape as many episodes as possible. This included 13 recorded in Chicago.

With listenership declining, Father Knows Best transitioned to television for the 1954-55 season. Robert Young was the only member of the radio cast to go. After a rough beginning, Father Knows Best ran on the small screen until 1962. Young announced in 1960 that he'd grown tired of the role of Jim Anderson and wanted to step down. The show continued in reruns on primetime for a further two years and can still regularly be found on cable to this day.

Often used by contemporary writers (most of whom have little to no personal knowledge of the show) as a shorthand reference to an unrealistic and narrow vision of America, this author finds Father Knows Best has held up remarkably well. While it does not include the laugh-out-loud humor of such top comedies as the Jack Benny Show and Fibber McGee & Molly, that was never the intent of its creators. While it certainly avoided the hard issues of its era, so do many family-oriented sitcoms even to the present. It also lacks the racial and ethnic jokes and impersonations that have made some of its peer radio programs more cringe-worthy today.

Widely overlooked by old-time radio enthusiasts and remembered by the wider culture as a television relic, hopefully this Old-Time Radio Researchers release will rekindle interest in this homage to an idyllic America that maybe never really existed but is a place many would like to know.