1930s radio adaptation of the comic book
from archive.org

To subscribe to a personalised Popeye the Sailor Man podcast, starting today with and with a new episode , use the following URL: 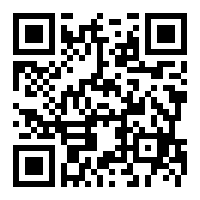 Popeye was adapted to radio in several series broadcast over three different networks by two sponsors from 1935 to 1938. Popeye and most of the major supporting characters were first featured in a thrice-weekly 15-minute radio program, Popeye the Sailor, which starred Detmar Poppen as Popeye, along with most of the major supporting charactersOlive Oyl (Olive Lamoy), Wimpy (Charles Lawrence), Bluto and Swee'Pea. In the first episode, Popeye adopted Sonny (Jimmy Donnelly), a character later known as Matey the Newsboy. This program was broadcast Tuesday, Thursday and Saturday nights at 7:15pm. September 10, 1935 through March 28, 1936 on the NBC Red Network (87 episodes), initially sponsored by Wheatena, a whole-wheat breakfast cereal, which routinely replaced the spinach references. Music was provided by Victor Irwin's Cartoonland Band. Announcer Kelvin Keech sang (to composer Lerner's "Popeye" theme) "Wheatena is his diet / He asks you to try it / With Popeye the sailor man." Wheatena paid King Features Syndicate $1,200 per week.

The show was next broadcast Mondays, Wednesdays and Fridays from 7:15 to 7:30pm on WABC and ran from August 31, 1936 to February 26, 1937 (78 episodes). Floyd Buckley played Popeye, and Miriam Wolfe portrayed both Olive Oyl and the Sea Hag. Once again, reference to spinach was conspicuously absent. Instead, Popeye sang, "Wheatena's me diet / I ax ya to try it / I'm Popeye the Sailor Man".