To subscribe to a personalised Raymond Chandler Omnibus podcast, starting today with and with a new episode , use the following URL: 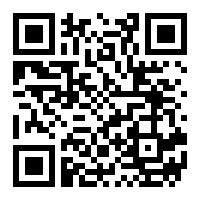 The Big Sleep: General Sternwood's daughters came in both the colours of trouble - blonde and brunette - and they had all the usual vices. With four million dollars behind them, blackmail was only a matter of time. And blackmail can be murder.

The High Window: Linda Conquest was very tough, very kissable and very missing, along with one very valuable old coin. But soon Marlowe finds that everyone who handles the coin suffers a run of very bad luck: they always end up dead.

The Lady in the Lake: Blonde, beautiful and wild, Crystal Kingsley had never been the faithful little wife. But when she goes missing for a month, and then a woman's body surfaces in an isolated mountain lake, murder-a-day Marlowe is back in business.

The Little Sister: Marlowe is on the case of a missing brother from a two-bit Kansas town, who had the embarrassing habit of knowing guys who finished up on the wrong end of an ice-pick. Until, that is, he did too.

The Long Goodbye: Terry Lennox seemed like a nice guy. Okay, he was a drunk but maybe that could happen to anyone with too much money, too much time and a wife who played the field in a big way. Trouble was, when she ended up dead, it wasn't money that got Lennox to Mexico. It was Marlowe.

Farewell My Lovely: At six feet five, Moose Malloy is a big man who looks about as inconspicuous as a tarantula on a slice of angel food - and about as dangerous. His girl Velma disappeared eight years ago, and now he wants to find her.

Goldfish: Adapted from the Raymond Chandler novel, PI Carmady sets out on a misson to retrieve valuable Leander pearls which were stolen 15 years ago.

Double Jeopardy: Billy Wilder and Raymond Chandler are legendary. The English-educated, middle-aged, would-be intellectual versus the ambitious young German ?migr?. Paramount Studios put Raymond Chandler and Billy Wilder together because none of the big names would touch James M Cain's novel. With its adulterous lovers, and a crime that could be copied, it was judged too controversial to adapt because of the censorious Production Code guidelines. Chandler and Wilder famously hated each other but in a space of some four months locked in an office together they created an outstanding screenplay for a ground-breaking classic film.

Strangers On A Film: Patrick Stewart is Raymond Chandler and Clive Swift is Alfred Hitchcock in their famous collaboration on Strangers on a Train.

A Coat, A Hat & A Gun: Harriett Gilbert presents a reappraisal of the life and legacy of the man from Upper Norwood who invented the private investigator as we know him. "I needed a drink, I needed a lot of life insurance, I needed a vacation, I needed a home in the country. What I had was a coat, a hat and a gun." Philip Marlowe has become the archetypal American detective anti-hero, yet his creator was educated at English public school, took the Civil Service exam and started a career in the Admiralty.