To subscribe to a personalised Inspector Rebus podcast, starting today with and with a new episode every days, use the following URL: 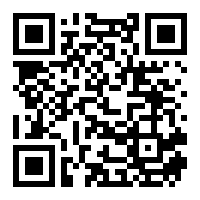 Each dramatised in two parts by Bert Coules, and starring Ron Donachie as Rebus.

Resurrection Men: As a murder inquiry begins into the death of an Edinburgh art dealer, Rebus is taken off the case and ordered to undergo retraining. It looks like the last chance saloon for Rebus, but it's a cover to allow him to investigate detectives who may have stolen £3 million from a drug dealer.

The Falls: When a wealthy banker's daughter goes missing from Edinburgh University, Rebus has little to go on in his investigations. It's difficult to know whether the student has been murdered, kidnapped or is simply on the run. The discovery of a carved wooden doll inside a six-inch coffin and a game of cat-and-mouse on the internet offer vital but deadly clues.