BBC radio drama about a Russian moon mission
from archive.org

To subscribe to a personalised Red Moon podcast, starting today with and with a new episode , use the following URL: 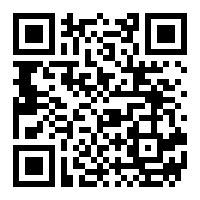 When Russia put the first man on the moon... the world changed.

London, 1979. As American and Soviet moonbases aim their missiles at targets across the planet, former MI5 agent Eddie Sloper stumbles across a deadly conspiracy in this alternative-history, Cold War thriller.

1. Moonrise
As the Doomsday Clock moves ever closer to midnight, former MI5 officer Eddie Sloper is about to uncover a deadly secret.

2. Umbra
With his life in danger and uncertain who to trust, Sloper's clandestine investigation draws him into the shadows.

3. Syzygy
MI5 may have warned him off the case, but unseen forces bring Sloper into alignment with a figure from his past.

4. Eclipse
Pursued by a merciless assassin, Sloper and Madison's trajectories overlap in their search for the truth.

5. Transit
Sloper and Madison travel from London to Cumbria in an attempt to thwart a terrifying scheme.

6. Darkside
On a remote American airbase in Northern England, the fate of the world hangs in the balance.