The story of how the New Deal for Communities was invested in Burngreave, Sheffield
from archive.org

To subscribe to a personalised Did Regeneration Help Burngreave? podcast, starting today with and with a new episode , use the following URL: 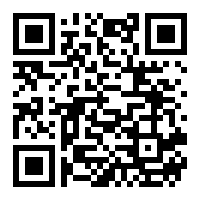 Conceived in 1998 by the Labour government, New Deal for Communities (NDC) was a scheme aiming to bring about community-led regeneration in the most deprived neighbourhoods of the UK. The Burngreave neighbourhood in Sheffield was identified as one of those areas and has been awarded Â£52 million, to be spent over a ten year period from 2001 to 2011. Burngreave NDC received extensive coverage in the local press when it announced that its coffers were close to running dry two years earlier than planned. A very controversial subject, the funding crisis overshadowed the work that had (or hadnât) been done so far.

This seven part podcast series, produced from May to September 2009 by Eirini Apostolidou, portrays the change in Burngreave, Sheffield from the 90s onwards, and traces the effect of NDC on the local community.

Special thanks for their participation in the programme to: