To subscribe to a personalised The Republicans podcast, starting today with and with a new episode every days, use the following URL: 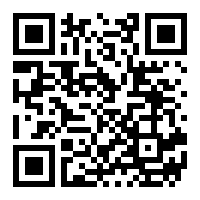 Three one off dramas looking at three different, Republican presidents.

1) Ronald Reagan: Death Valley Days. 1965. As Barry Goldwater's campaign against LBJ crashes and burns, the Grand Old Party needs a fresh face who can handle the new world of TV. Step forward a fading Hollywood heartthrob, with a down-home style - and plenty of space in his diary.

2) Richard Nixon: Searchlight Has Left the Building. 1970. President Nixon has announced the invasion of Cambodia, and student protests have ignited across the US, with National Guardsmen shooting four dead at Kent State University. Washington is on high alert. But when the insomniac President wakes up at 4 a.m. to see defiant students gathering at the Lincoln Memorial, he walks over to talk to them, taking his White House butler with him. The Secret Service are left struggling to catch up, as the night takes a bizarre turn.

3) Gerald Ford: Fascist Insect. 1975. After Nixon's resignation, President Gerald Ford is fighting for his political survival. But the country is in chaos - and his party is disintegrating. Challenger Ronald Reagan is attacking in weekly radio broadcasts: "Make America Great Again" is his big catchphrase. Saigon has just fallen, the Panama Canal is threatened and d?tente looks like a sell-out. There's political fervour on the streets. Even Patty Hearst, celebrity rich-girl kidnap victim, seems to have turned terrorist. Then a small-time FBI informant decides that she is the woman to catalyse the revolution. She buys a gun - and aims it at the President.