To subscribe to a personalised Richard Diamond, Private Detective podcast, starting today with and with a new episode every days, use the following URL: 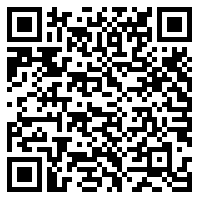 In 1945, Dick Powell portrayed Phillip Marlowe in the movie "Murder My Sweet" based on Raymond Chandler's novel "Farewell My Lovely". This was a radical departure in character for Mr. Powell from a Hollywood song and dance man to a hard-boiled detective. On June 11,1945, the Lux Radio Theater brought "Murder My Sweet" to radio, again with Dick Powell in the lead. These two performances prompted his selection for the part of Richard Rogue, in Rogueâs Gallery after his role for Lux Radio Theater and Richard Diamond came four years later.

Richard Diamond, Private Detective came to NBC in 1949. Diamond was a slick, sophisticated detective, with a sharp tongue for folks who needed it. Diamond enjoyed the detective life, but not as much as entertaining his girl, Helen Asher. After each show, he would croon a number to his Park Avenue sweetheart. Mr. Powell, a former song and dance man, was perfect for the role. He added an extra dimension to the 40's hokey private eye drama.

Diamond was a rough gumshoe that would often get knocked on the head with a revolver butt or other items. His counterpart on the police force was Lt. Levinson who often accepted Diamond's help reluctantly. Levinson would claim to get stomach trouble whenever Diamond would call him and would take bicarbonate to settle his aching stomach. Although they always seem at odds with each other, Diamond and Levinson were best friends.

The plot theme remained fairly constant throughout the entire run of the show, Diamond getting beat up and solving a tough murder case with the support of the police department. Remarkably, for all the gun fights, Diamond never got shot. And for all his bravado, he had a serious case of vertigo.

Helen Asher was portrayed by Virginia Gregg, who also played the part of Brooksie on Let George Do It and Betty Lewis on Yours Truly, Johnny Dollar. Blake Edwards wrote the early shows and also directed a few. Music was composed by David Baskerville and later by Frank Wirth.