To subscribe to a personalised Rites of Passage podcast, starting today with and with a new episode every days, use the following URL: 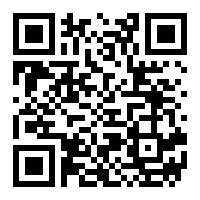 Adapted for radio in three parts by Don Taylor

03 The journal found after Colley's death reveals the shocking truth behind his behaviour, and Talbot finds himself at the centre of a quest for justice.
With Roger May, Struan Rodger, Alison Skilbeck, Max Digby, Richard Laing, Julian Morris and Charles Edwards
Director Don Taylor
1998 CS


"Rites of Passage is written as though a journal by a young man, Edmund Talbot, embarking on a long journey by sea to take up a position as a civil servant in the southern hemisphere. The man writes to his Godfather, who has requested details about the journey, and who is clearly a major benefactor.


Our narrators tone is supercilious, and he has the annoying arrogance of youth - to such an extent that I wasn't sure for a while how old he was supposed to be.. . ."