To subscribe to a personalised Stay Tuned for Terror podcast, starting today with and with a new episode , use the following URL: 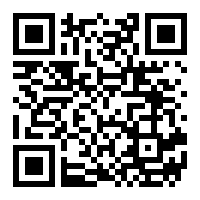 Weird Tales magazine published Bloch's short story "Yours Truly, Jack the Ripper" in their July 1943 issue. The story was adapted by Ken Crossen for the Kate Smith Hour on CBS, and was broadcast in January of 1944 (and again in February, 1945 on the Molle Mystery Theatre). A fan of the Lights Out radio series, Bloch had expressed interest in creating his own horror anthology, and the success of "Yours Truly, Jack the Ripper" gave him that chance.

In 1944, he teamed up with his friend James Doolittle, who was working in Chicago as an actor, and together they created what would become Stay Tuned for Terror. Thanks to Doolittle's contacts, by the end of 1944 they had engaged a production firm (Neblett Radio Productions) and an investor (talent agent Berle Adams) for their new horror series. In early 1945, Bloch would head to Chicago from his home base of Milwaukee three days a week with his scripts.

Most of the scripts were adapted from stories he'd written for Weird Tales or other pulp magazines. In some cases (like both "Boogey Man" and "Lizzie Borden") the stories were published in Weird Tales after they had been recorded for Stay Tuned. And in the case of eight episodes, they are original Bloch stories never published anywhere else.

The shows were recorded at the WBBM/CBS studios in Chicago, produced by Johnnie Neblett, directed by Howard Keegan (who had directed Lights Out in the pre-Arch Oboler 1930s) and starred Doolittle in every episode (using the stage name Craig Dennis). Supporting Doolittle were local Chicago talents like Wilms Herbert, Angeline Orr and Doolittle's younger brother, Donald.

Stay Tuned was first broadcast May 14, 1945 on WMAQ -- the NBC station in Chicago. The transcribed program was originally contracted for 52 weeks, running Monday, Wednesday and Friday, with the customary agreement that all parties involved could cancel the program after each 13-week cycle. The program ultimately ended its run on WMAQ in August of 1945, after having recorded just 39 episodes total.

At the end of the show's WMAQ run, James Doolittle split off from Neblett Radio Productions to distribute the series under his own company Craig Dennis Radio Productions. The show continued to run on various stations in syndication throughout the 1940s and into the 1950s.