Dramatisations of the Irish writer's work
from archive.org

To subscribe to a personalised Roddy Doyle Omnibus podcast, starting today with and with a new episode , use the following URL: 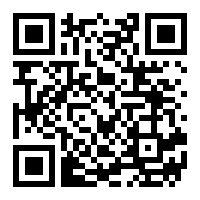 Not Just For Christmas

It was always Danny and Jimmy, Jimmy and Danny. They were blood brothers, inseparable, them against the world - until the one big row that drove them apart. Now twenty years on Jimmy is on the phone, he wants to meet. Jimmy wants to make his peace with his estranged brother, even if it involves a little white lie or two...


Regarded as one of Ireland's most influential contemporary writers Roddy Doyle shot to fame with his novels The Commitments, The Van, (Booker shortlisted) and The Snapper. These were closely followed by his novel Paddy Clarke Ha Ha Ha which won the Booker. As well as his numerous best-selling novels, he has written for both television and film including When Brendan Met Trudy and the Oscar nominated short film New Boy.


Jimmy Rabbite is on a mission - he wants to spread the gospel of soul to Dublin. Barrytown is about to become Motown as Jimmy decides to put a band together.


The first of Roddy Doyle's Barrytown series of novels, all to be dramatized by BBC Radio 4. Roddy Doyle's ground-breaking classic is the story of a working class Dublin band -The Commitments.


With Joey the Lips Fagan on trumpet, Billy The Animal Mooney on drums, Derek the Meatman Scully on bass, Dean Good Times Fay on sax, L. Terence Foster on guitar, James the Soul Surgeon Clifford on piano and - not forgetting the singers - Declan Blanketman Cuffe and The Commitmentettes, Sonya, Sofia and Tanya. This Dublin band are ready to bring some serious soul, the working man's rhythm, to Dublin's Northside.


Dramatised by Eugene O'Brien. Directed on location in Dublin by one of Ireland's finest filmmakers, Jim Sheridan (In the Name of The Father, In America, My Left Foot, The Field.)


The young cast is comprised of a new generation of talented young Irish actors and the music is by the emerging Dublin band, The Riptide Movement.


Twenty six years on and we are back in Dublin with Jimmy Rabbitte, the ex-manager of The Commitments. Jimmy is now 47, married to Aoife and has 4 kids.


Life has been rather good since we last met him, keeping a foot in the music industry and doing well during the boom. However, life is about to change for them all as Jimmy has just discovered he is ill. This is a story about friendship and family, about facing death and opting for life and maybe, just maybe, realising you can still live the dream.


Going To Hell was performed by More Than Conquerors.
Adapted by Peter Sheridan

Barrytown 1989, and Sharon has a shocking announcement that is about to rock the Rabbitte household. What on earth will the neighbours think?

The third of Roddy Doyle's Barrytown series of novels, all to be dramatized by BBC Radio 4.


Jimmy Rabbitte is unemployed and at an all-time low. Even Ireland qualifying for the 1990 World Cup has not pulled him out of the doldrums, he needs money and fast. So when his best mate Bimbo buys a dilapidated "chipper" van and offers him the chance of a partnership, this might well be the opportunity Jimmy has been waiting for.


What could be better than working with your best mate?