This podcast has been superseded by another version, either because it's been improved by merging or re-ordering, or because it was a duplicate. You may wish to subscribe to the avenue podcast instead.

To subscribe to a personalised The Secret Life Of Rosewood Avenue podcast, starting today with and with a new episode every days, use the following URL: 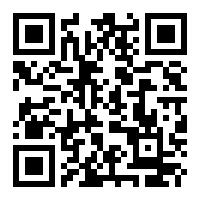 The Secret Life of Rosewood Avenue is a British radio comedy series, first broadcast on BBC Radio 4 in 1991. Written by Stephen Sheridan, it starred James Grout, Margaret Courtenay and Jean Heywood and was produced by Lissa Evans. It concerned the Reverend Timothy Carswell, a timid and somewhat naive vicar who is assigned to an apparently respectable parish which is actually a hotbed of (among other things) gossip, passion, geriatric prostitution and murder ... all of which is going on under Reverend Carswell's unsuspecting nose. (Wikipedia)