To subscribe to a personalised Routemasters podcast, starting today with and with a new episode every days, use the following URL: 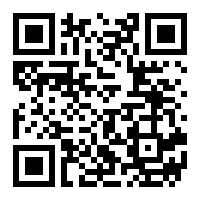 1: Taking the Michaelangelo. Bemie mistakes the time bus for the N44 to Mitcham and is transported with the Conductor back to 16th-century Rome to rescue Michaelangelo from the clutches of Raymond and Hildegard before work on the Sistine Chapel is painted over.
2: Don't Be a Freud. Our heroes travel to 19th-century Austria where Freud is about to give a historic paper on telepathy, which Raymond and Hildegard are bent on stealing.
3: Bernie is kidnapped by Hildegard and then escapes to the 24th century. He is rescued by the Conductor, Herr Grubberman and an anorak girl.
Raymond discovers his true identity.
Conductor: Herr Grubberman
4: Roll Over Beethoven. Raymond and Hildegard kidnap Beethoven and Mozart and make them collaborate with other great musicians from history to create the greatest rock band.
Herr Grubberman reveals that he is neither blind nor from 19th-century Austria. Bernie finally discovers the truth about who - or what- is driving the bus.