A sitcom about a man reluctantly drawn into becoming an arms dealer.
from archive.org

To subscribe to a personalised Safety Catch podcast, starting today with and with a new episode , use the following URL: 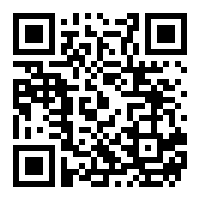 One of BBC Radio 4's most controversial shows, Safety Catch is a sitcom written by Laurence Howarth and John Finnemore. The series was first broadcast in 2007. It is about Simon McGrath (played by Darren Boyd), a man who works in a profession that he does not like - the arms trade.

Simon McGrath, the narrator and anti-hero of the series, works as an arms dealer whose main job is selling arms to Gambia. Simon claims that he would prefer to work elsewhere, but due to a combination of laziness and cowardice he has failed to change to a job which is less problematic in terms of morality. He tries to do the good thing, such as donating blood and recycling, but he knows that he could do better. He tries to defend himself by saying that if he was not doing the job, then someone else would.