To subscribe to a personalised Time Spanner podcast, starting today with and with a new episode every days, use the following URL: 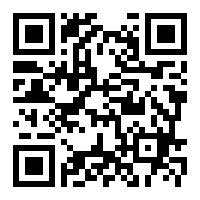 A mind-bending time-travelling comic adventure which sees Martin Gay's 40th birthday disrupted by two very important moments: one is meeting Gabbie, the girl of his dreams who he might possibly have just said totally the wrong thing to; and the other is being forced at gunpoint through a supernatural mirror into a world of angels, robots and the most powerful tool in the universe, the Time Spanner, which gives the holder the power to span time.

Will Martin use the time spanner to save humanity from destruction? Or will he use it to try and make sure Gabbie doesn't think he's an idiot?

Written by and starring Simon Kane as Martin Gay, narrated by John Finnemore as Laika the space dog, and starring David Mitchell as billionaire occultist Daniel Kraken, London Hughes as disconcertingly optimistic charity worker Gabbie, Jeremy Limb as the world's most irritating robot and Belinda Stewart-Wilson as the Angel.


2 Time Spanner - The Dan in the High Castle

A new episode of the time-travelling adventure-cum-love story narrated by the first dog in space (played by John Finnemore) and starring Simon Kane as Martin Gaye, a man with the most powerful object in the universe stuck up his nose; David Mitchell as power-hungry reality TV star Daniel Kraken; Sally Phillips as an angel with very poor judgement; John Finnemore as Laika, the Russian space dog; London Hughes as Gabbie Hayes, the world's most optimistic charity worker; and Jeremy Limb as Mister Mergatroid, a love-sick talking robot.

Following on from last year's episode that went out as part of Radio 4's Day of Misrule, Martin Gaye is torn between using the Time Spanner to travel into the future to save humanity from certain destruction, and using it as a way to spend more time with the woman he met this morning. And the more the angel who gave him the Spanner tries to persuade him off the importance of his mission, the more he gets pre-occupied by Gabbie, who he is already sure she is the light-bulb in his lampshade.

Meanwhile Daniel Kraken will stop at nothing to get his hands on the Spanner, if only his private army of Yellowcoats were able to open a door without detailed step by step instructions, and there are sinister forces in Heaven getting ready to take back the Spanner for themselves...