To subscribe to a personalised Squad Cars podcast, starting today with and with a new episode , use the following URL: 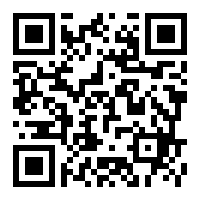 Probably one of the most popular radio programmes ever broadcast in South Africa. Week by week
a dramatised story of the South African Police at work would unfold. The series originally went out for
broadcast on Sunday evenings. After 6 months the programme moved to it's familiar Friday night
7H30pm slot on Springbok Radio, . Because of the popularity of the
Friday night western series' on South African television at the same time slot as "Squad Cars", the
series moved to 8H30pm when the series came to an
end. Two attempts were made to take the series to the screen. In 1974 a film called "Flying Squad"
went onto the South African film circuit, followed in 1978 with a Television series called "Big City
Heat". Neither of these shows were great successes, the masses still prefered to listen to the original
on radio.

A total of 23 episodes are at present doing the rounds with old time radio collectors. These episodes
were originally recorded by John Wright, a South African Radio Fan, who sent recordings on reel to
a friend in the United States & 4 episodes that were made available by the daughter of the late David
Gooden, Beverley. Episodes came from a collector in Germany, however this was
only a drop in the bucket. The reels donated by the late Neil Gesson saved most of them. Neil very
loyaly recorded over 700 episodes on reel to reel tape. These episodes will shortly be transferred to
a digital format and restored. Copies of the restored episodes will be donated to the SABC Sound
Archives for national preservation. As with many South African series', collectors renamed most of
the episodes. The possibility that all 823 episodes have survived is looking better as no comparisons
have been made to the renamed episodes, this will only be done once the transfer of the reel to reel
tapes is done.

EPISODES MADE: 823 Including a "Pilot Episode", never broadcast
EPISODES ARCHIVED: 778