Children of the Corn

To subscribe to a personalised Children of the Corn podcast, starting today with and with a new episode , use the following URL: 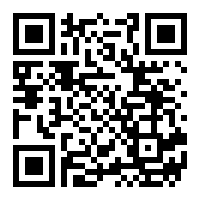 Stephen King's classic horror story set in the cornfields of Nebraska. Performed by Bradley Lavelle for BBC Radio 7, it was split into three parts, originally airing Jan 18, 25 and Feb 1 in 2004. First published in the March 1977 issue of Penthouse, and later collected in King's 1978 collection Night Shift but weirdly, it's never been included in the Night Shift audiobook.