Strange As It Seems

To subscribe to a personalised Strange As It Seems podcast, starting today with and with a new episode , use the following URL: 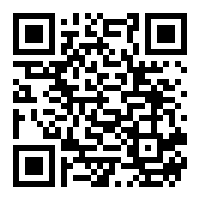 Strange As It Seems was a radio program of strange and unusual tales about fantastic people and events, based on the daily syndicated newspaper cartoon panels of John Hix of the same name.

Strange As It Seems began as a 15 minute radio program on March 22, 1935. It was broadcast over the Columbia Don Lee Coast radio network. The schedule was 3 nights a week, Sunday, Wednesday and Friday at 7:45 PM (6:45 during summer daylight savings time). The sponsor was Ex-Lax. In late September 1935 the show changed to two shows per week, dropping the Sunday show. In late September 1936 the schedule changed again to Tuesday and Friday nights. A 1936 booklet of the Strange As It Seems stories was sponsored by Ex-Lax and given away as a free promotion of the radio program by writing to the station.

The show was hosted by Gayne Whitman, produced and directed by Cyril Armbrister and the music was composed and directed by Felix Mills. Whitman had been the announcer on the Strange As It Seems movie shorts from 1930 - 1934. The programs included 2 or 3 segments of dramatized events in mini plays with dramatic, fanfare music interspersed in the show between segments. After the opening line, an Ex-Lax commercial would follow. Then 2 or 3 strange stories would be presented. The show would conclude with a preview of the next show's stories, an Ex-Lax commercial, a strange fact of trivia, such as "Butterflies smell with their feet" and finally a short musical ending. There were occasionally live interviews with unusual personalities, such as the World's Fastest Talker.

Many of the programs were distributed on 16" 33 RPM records with one 15 minute show on each side. Many sources list at least 39 of these records with a total of 78 programs recorded. This run of the shows concluded at the end of January 1937, after over 210 shows. The show began again in January 1938 as a 15 minute once a week program, airing on Sunday afternoons at 3:00 (2:00 during daylight savings time). The show ended at the end of December 1938, with 53 shows in this run.

The Strange As It Seems radio program was picked up as a 30 minute network program on the CBS network from August 17, 1939 to Dec. 26, 1940 on Thursdays at 8:30 P.M. (7:30 P.M. during the summer daylight savings time). There were 72 broadcasts of these half hour broadcasts. The sponsor was Palmolive Shave Cream and the host was Alois Havrilla. Havrilla was the announcer on the Stranger Than Fiction movie shorts beginning in 1934 and continuing in that role until the shorts were ended in 1942. Stranger Than Fiction was the successor to the Strange As It Seems movie shorts that ran from 1930 until 1934.

The program had one final run in its original 15 minute format from Nov. 10, 1946 to April 13, 1947, airing at 7:30 PM on Sunday nights. There were 22 episodes aired in this run. In the newspaper story about the death of John Hix on June 6, 1944, Ernest Hix stated there were over 600 radio programs produced, indicating there were other shows than those so far identified.