The Al Read Show
1950s/60s series from the Lancashire comedian

To subscribe to a personalised The Al Read Show podcast, starting today with and with a new episode , use the following URL: 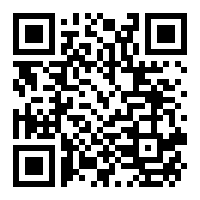 Read was born in Broughton, Salford, Lancashire and was a sausage maker in his father's business. He became known as a popular after-dinner speaker with wry and well-observed humour in clubs. In 1950 Read made his radio début on the BBC. His comedy was based around the monologue form, but he also became known for dialogues in which he played both voices. His humour was observational and was about Northern English working class people, often in a domestic situation.

The Al Read Show was one of the most popular radio comedy shows in the UK in the 1950s and 1960s. Up to 35 million people listened to it each week. His catchphrases "Right, Monkey!" and "You'll be lucky - I say, you'll be lucky!", and "And he was strong", were well known. In 1963 he headed a variety format for ITV called Life and Al Read which was apparently unscripted and was broadcast live. In 1966 a BBC series called Al Read Says What a Life! was broadcast. He also worked extensively on the variety stage.