This podcast has been superseded by another version, which may contain additional or better-ordered files, or this one could just be a duplicate. You may wish to subscribe to the powerheroes podcast instead.

To subscribe to a personalised The Amazing Spider-Man & Friends podcast, starting today with and with a new episode every days, use the following URL: 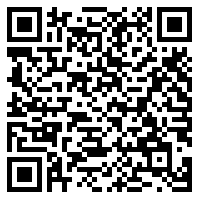 In the early 1970s, a company called Power Records released a series of LPs and 45s with licensed superhero characters, including ones from Marvel. The popularity of Spider-Man in the 1960s lead to his banner status in the Heroes collection of records, even amongst other Marvel characters Power licensed, like Captain America and the Hulk. These would be audio dramas with sound effects and multiple actors telling a short story. The early Power Records releases came with comic books meant to be read while you listen, their covers boasting The action comes alive as you read!!

For some odd reason, probably having to do with relicensing all the old material, the Power Records presses havent seen a modern re-release. However, the culture of the internet has preserved a lot of the Power Records content, including the records and comics featuring Spider-Man. Even though Spider-Man was on the cover of over a dozen Power Records releases, they all boil down to six core recordings.