To subscribe to a personalised The Black Mass podcast, starting today with and with a new episode , use the following URL: 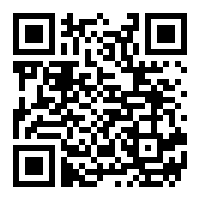 (Description and files from https://www.kpfahistory.info/black_mass_home.html )


Black Mass was born in 1963, the brain-child of Jack Nessel, who was the Drama & Literature Director at KPFA in Berkeley, the first voluntarily listener-sponsored non-commercial FM station in the world. (The BBC was compulsorily supported by a government-imposed license system.) Jack suggested the idea to Erik Bauersfeld, who taught aesthetics and philosophy at the California School of Fine Art, and had recently begun to do readings of classic and modern literature for the station. Erik was not wildly enthusiastic, but thought that it might be interesting to search out some of the best stories of the supernatural by first-rate authors who did not normally write within that genre. Obligation soon became obsession.

I was the station's Production Director at the time and had already produced some rather elaborate radio dramas. Jack, already a friend before he joined the station, was aware of my childhood fondness for horror stories and suggested that I collaborate with Erik. Thus was born one of the most fruitful creative relationships in my life and, to this day, one of my closest friendships.

A working pattern quickly evolved which thenceforth never varied. Erik would edit the stories to a workable length and, as resources permitted, adapt the dialog to a dramatic format. I would then record him reading the text in the studio, with or without other actors, and he would take the tapes away to edit, which he did himself, often piecing them together word by word from almost infinite retakes.

Once the text was assembled, we would reserve a night in the main studio to put the program together with music and sound effects. Sometimes these were plotted in advance in great detail, sometimes not. Usually I would have a chance to hear the voice track before the production session.

Because of extreme demands on studio time, each adaptation was begun in the early evening, after the news had gone out, and carried on until it was completed, usually some time in the wee small hours. The most remarkable aspect of this collaboration was that we soon discovered that, when it came to radio production, we had a single brain between us. When Erik made a suggestion, I immediately saw that it was the obvious way to proceed; when I suggested a sonic framework, Erik would declare that it was exactly what he had had in mind. At the end of the session, we always left the studio with a tape which either of us would have been glad to put his exclusive name to. The happiest moments of all were between about 2 and 4 a.m., when we retired to Eric's apartment in the Berkeley hills and quietly drank our way into oblivion on Erik's excellent Tanquerey-based gimlets, knowing in our hearts that we had produced yet another masterpiece.

Half a lifetime later, having spent years working with multi-track recorders, I'm convinced that the character of those productions owed much to the fact that we only had four mono Ampexes, two transcription turntables, a Pultec signal processor and an adjoining studio to work with. Long sequences which could not be edited together had to be assembled live as we went along, with sequences of cues spliced together on several machines ready to be dropped in as needed. Nor did we have the crews of technicians which were available to the BBC and the networks - if it couldn't be done with two pairs of hands, we had to think of something else. Such disciplines are perhaps analogous to the constraints placed upon the composer of a string quartet, and an indication of why this austere genre has always been held in such high esteem.

One thing that Erik and I were agreed on was that the text was sacred: no story was to be altered in plot, in substance, or in diction. We were convinced that âtoo close to the originalâ was a compliment, not a criticism. One great freedom which this gave us was that our radio dramas were allowed to move seamlessly from dialog to monologue, in and out of the head of the narrator. To this day I have rarely heard text treated with such freedom and flexibility: the conventions of radio, television and film all demand that dialog be created out of nothing to convey inner realities which become stilted and superficial as soon as they are forced into the straightjacket of conversation.

This discipline led to what I still believe to be one of the best radio dramatic productions I've ever heard: Gogol's âDiary of a Madmanâ. The action takes place entirely inside the head of the protagonist, slipping back and forth between inner monologue and a sequence of dialogues which may themselves be mere inventions. To compound the paradox, Erik split the schizophrenic personality of the narrator between two actors - himself and Bernard Mayes - so that monologue became dialogue and dialogue monologue. Like the narrator, immersed in fantasy, you were never quite certain where you were.

Winding like vines around these fragments was a musical sound track assembled by Charles Shere, KPFA's Music Director. (Charles went on to become not only a fine composer, but also the author of important books on several of America's most interesting composers, as well as a director of Chez Pannise, Berkeley's great restaurant.) Long before âsamplingâ, this music was a closely interwoven tapestry of fragments from familiar and half-familiar compositions, echoing the confused eclecticism of the narrator's own brain.

Years later, one of the most uncanny experiences I had in a theatre was hearing Nicol Williamson present âDiary of a Madmanâ as a one-man show on a London stage. For most of the play, his voice quality and inflection matched so precisely those of Erik Bauersfeld that they could almost have been intercut without detection. Only at the end, when the narrator goes totally mad, did Williamson strike out in a direction which showed, sadly, that Erik had understood the work far better.