To subscribe to a personalised The Ford Theater podcast, starting today with and with a new episode , use the following URL: 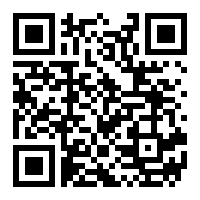 Ford Theatre, spelled Ford Theater for the radio version and known as The Ford Television Theatre for the TV version, is a radio and television anthology series broadcast in the United States in the 1940s and 1950s. At various times the television series appeared on all three major television networks, while the radio version was broadcast on two separate networks and on two separate coasts. Ford Theatre was named for its sponsor, the Ford Motor Company, which had an earlier success with its concert music series, The Ford Sunday Evening Hour (193442).

Ford Theater as a radio series lasted for only two seasons. Its first season was broadcast from New York City on NBC with such actors as Ed Begley, Shirley Booth, Gary Merrill, Everett Sloane and Vicki Vola. This season ran from October 5, 1947, to June 27, 1948. Due to poor ratings, Ford moved the show to Hollywood and CBS for the second season, where top Hollywood actors headed the casts. This season, which lasted from October 8, 1948, to July 1, 1949, received much higher ratings. However, with television rising in popularity, Ford decided to end its radio show and focus solely on television.