The Hobbit
Full cast dramatisation from the BBC, 1967

To subscribe to a personalised The Hobbit podcast, starting today with and with a new episode every days, use the following URL: 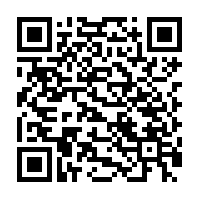 This series was adapted by Michael Kilgariff and produced by John Powell in eight half-hour mono episodes for BBC Radio 4.

The radio series follows the plot of the original novel (revised 1951 version) very closely, except for the addition of The Tale Bearer, a narrator whose account of the story is often interrupted and embellished by the protagonist Bilbo Baggins in the role of secondary narrator.

J.R.R. Tolkien's timeless and beloved tale is presented in a stunning dramatization that resounds with all the excitement of a theater performance--and all the charm of a vintage radio show. Originally conceived for BBC broadcast and produced by the world's foremost creators of radio entertainment, this lavish production melds a full cast with stirring music and sound effects to bring this magnificent classic to life.