1940s US comedy show
from archive.org

To subscribe to a personalised The Phil Harris - Alice Faye Show podcast, starting today with and with a new episode , use the following URL: 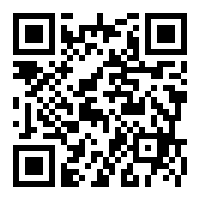 Phil Harris was on the The Jack Benny Program since 1934, playing the jive-talking hipster bandleader of questionable repute. His band members were helpful in the sarcastic, fast-talking department, too. So when Phil Harris (in real life) married the glamorous and talented movie star Alice Faye, it seemed more like a match made in Hollywood than in Heaven. They knew each other from the old days of the Rudy Vallee Show, and were both radio veterans when they decided, in the Benny tradition, to work together professionally, using their own show-biz personas on Fitch Bandwagon. Hey, Ozzie and Harriett had done well with it!

This show isn't like Ozzie and Harriett. Beside fame and glamour, Phil and Alice had two big things in their life, their lovely daughters. Jeanine Roose played Alice Jr. and Anne Whitfield was little Phyllis. Both took after Phil in the wisecrack department. The big headache in their lives - Phil's Band! It was a congregation with enough wise guys to make sit up and start take notes.

As both Phil and Alice were known singers, there were two musical numbers in each show, and they were always for real, except some of Phil's, which were for laughs. But Phil's band gave much more than music to the show. Frankie Remley was the band's left handed guitar player, with a sardonic sense of humor out of left field. The character was first done on The Jack Benny Program, and, of course, now on a show about the band itself, Frankie was even more obnoxious. Famed radio actor Elliott Lewis played him with relish. In fact, later in the run they actually started calling the character Elliott! (Elliott Lewis changes his name on the show from Frankie Remly to Elliott because Harris stopped leading Jack Benny's band -- so he wasn't connected to Remly any more.)

A couple of actors well known on other shows were Gale Gordon and Walter Tetley. Gale Gordon (Principal Conklin on Our Miss Brooks) was Mr. Scott, the long-suffering Rexall representative, doing stealth commercials for Rexall, again like The Jack Benny Program and Fibber McGee and Molly had done. Walter Tetley (Leroy on The Great Gildersleeve) played the delivery boy Julius Abbruzio. Nice guy? No. Other characters included Alice's deadbeat brother Willie, ably played by Robert North, and announcer Bill Forman. The show was produced and directed by Paul Phillips.

It's a hip show, as sharp and free-wheeling as Benny, but with a bite and abrasiveness that seems, looking back now, to foreshadow most modern television sit-coms.

John Dunning, in "On the Air, The Encyclopedia of Old Time Radio", writes "It remains, on tape, one of radio's brightest lights: the passage of time has done nothing to blunt its delightful impact. The characters were bums, but the listeners knew it and didn't care. When Harris crowed, 'Oh, you dawg!' a listener knew he was probably looking at himself in a mirror. The timing displayed by the star leaves a modern listener with nothing but admiration ..."