The Price of Silence

To subscribe to a personalised The Price of Silence podcast, starting today with and with a new episode , use the following URL: 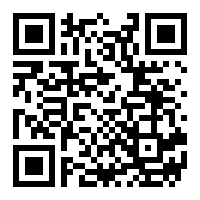 
Laid up in a CIA hospital, recovering from a gunshot wound, British agent Maxon is about to have his peaceful convalescence shattered. As the radio DJ introduces In the Mood, the swinging sound of Glenn Miller is cut off by a shrill, insistent alarm - one signalling imminent universal death. America's brand-new Global Early Warning System has detected an approaching nuclear missile from outer space....


But the attack never takes place. The weapon, launched from an unmanned Soviet space vehicle, was destroyed seconds later - so how did the public alert come to be broadcast? As a member of the elite team responsible for safeguarding GLEW, Maxon is assigned to investigate. Meanwhile, he takes on a second, parallel mission - helping his ex-lover, Jacqueline, prove her scientist husband Kowalski has not turned traitor and leaked GLEW secrets to the Russians.


Searching for answers, Maxon travels to Toronto, where he is framed for murder and forced to go on the run. And when he finally uncovers the shocking truth, he finds himself mired in deceit and treason - and caught up in a deadly game of nuclear poker. With the doomsday clock pointing to two minutes to midnight, can Maxon and Jacqueline avert disaster?