To subscribe to a personalised The Shardlake Plays podcast, starting today with and with a new episode , use the following URL: 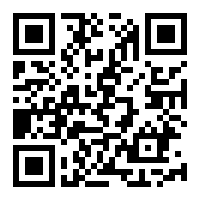 Based upon C. J. Sansom's best selling historical mystery novels set in the reign of Henry VIII in the 16th century.


The series' protagonist is the hunchbacked lawyer Matthew Shardlake, who is assisted in his adventures by Mark Poer and then Jack Barak. Shardlake works on commission initially from Thomas Cromwell in Dissolution and Dark Fire, Archbishop Thomas Cranmer in Sovereign and Revelation, and Queen Catherine Parr in Heartstone.


BBC Radio 4 has adapted the novels in the Shardlake series for its 15-Minute Drama radio serial programme. Initially in 2012, Dissolution was broadcast starring Jason Watkins as Shardlake and Mark Bonnar as Cromwell.


They later broadcast Dark Fire in 2014, with Justin Salinger taking over the role of Shardlake and Bryan Dick playing Barak, followed by Sovereign in 2015, Revelation in 2017, Heartstone in 2018, and Lamentation in 2021. All have been adapted from Sansom's novels by Colin MacDonald as 10-part serials.