To subscribe to a personalised The Silver Pigs podcast, starting today with and with a new episode every days, use the following URL: 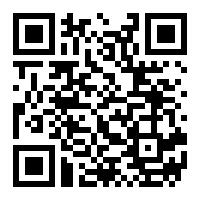 1/4. Anton Lesser brings the Roman detective to life in the first of Lindsey Davis's witty and enthralling adventures. Falco chances upon an illegal trade in precious metal after rescuing a senator's daughter from a kidnap gang.
2/4. Things have taken a turn for the worse for the Roman detective, who now finds himself investigating a murder and, horror of horrors, is forced to visit a remote and dangerous outpost of the Empire - Britain.
3/4 Investigating the illegal import of the silver pigs or ingots, the Roman detective Falco has chanced upon a plot to overthrow the Emperor Vespasian.
And he has also discovered the identity of Helena's ex-husband - which has made him realise the plot is much closer to home than he thought.
4/4. In the final episode of the Roman detective adventure, Falco discovers who murdered Sosia, unmasks the identity of the plotters against the Emperor and finds that true love can cross the boundaries of the Roman class structure.