Western starring James Stewart as a drifting cowboy in the final years of the old west
from archive.org

To subscribe to a personalised The Six Shooter podcast, starting today with and with a new episode , use the following URL: 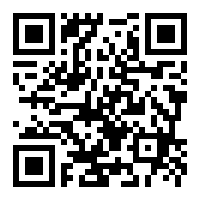 The Six Shooter was a weekly old-time radio program in the United States. It was created by Frank Burt, who also wrote many of the episodes, and lasted only one season of 39 episodes on NBC (Sept. 20, 1953-June 24, 1954). Initially, it was broadcast on Sundays at 9:30 p.m. Eastern Time, through October 11th. Then it was heard at 8:30 p.m. for three weeks. Finally, on November 8, 1953 through March 21, 1954, it was broadcast Sundays at 8 p.m. Beginning April 1, 1954 through the final episode it was on Thursdays at 8:30 p.m. One old-time radio directory called the program "a last, desperate effort by a radio network (NBC) to maintain interest in adventure drama by employing a major Hollywood movie star in the leading role."

James Stewart starred as Britt Ponset, a drifting cowboy in the final years of the wild west. Episodes ranged from straight western drama to whimsical comedy. A trademark of the show was Stewart's use of whispered narration during tense scenes that created a heightened sense of drama and relief when the situation was resolved.