To subscribe to a personalised The Spaceship podcast, starting today with and with a new episode , use the following URL: 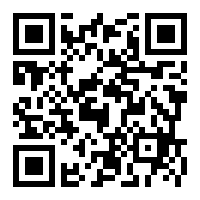 The Spaceship is a science fiction comedy set in the year 2104 and onwards that premiered on BBC Radio 7 over the course of five days during the last week of June 2005. It was written by Paul Barnhill and Neil Warhurst and was directed by Sally Avens.

A second series of The Spaceship began broadcasting on 25 February 2008, with the first series repeated again in the week prior to broadcast. In this series the Really Invincible was upgraded to version 3.2.8.

"In the year 2104 a fleet of research cruisers were launched into space. Their mission: to seek out new life. With every moment on board preserved by wall-to-wall monitoring and transmitted over time back to Earth, weâve been allowed access to one of these ships: The Really Invincible III, Macclesfield Division. What you are about to hear took place, live, four years ago, seventy thousand light years from home."