To subscribe to a personalised The Strange Dr. Weird podcast, starting today with and with a new episode , use the following URL: 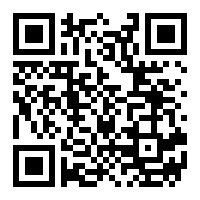 The Strange Dr. Weird was a radio program broadcast on Mutual from 1944 to 1945. Sponsored by Adam Hats, the drama is notable in part because it was a sister series to The Mysterious Traveler, both in theme and its narrator, Maurice Tarplin, who was also the creepy voice of the Mysterious Traveler. Many of the scripts were condensed 15 minute versions of scripts originally broadcast on The Mysterious Traveler. To the accompaniment of an organ. Spooky, strange Tarplin introduced each episode: "Good evening. Come in, won't you? Why, what's the matter? You seem a bit nervous."

The 29 episodes were produced and directed by Jock MacGregor and written by Robert A. Arthur, who also scripted for The Mysterious Traveler.