The Woman In White
Adaptation of Wilkie Collins's Victorian thriller

To subscribe to a personalised The Woman In White podcast, starting today with and with a new episode every days, use the following URL: 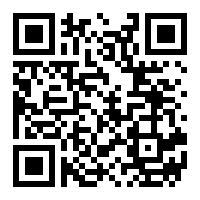 Walter Hartright meets a strange woman dressed in white as he returns home across Hampstead Heath late one night. He's about to travel north to take up a post as drawing master to two young ladies. Little does he realise how this chance encounter and his new position are inextricably linked.

Walter has left Limmeridge House as Laura prepares to marry Sir Percival. Laura's half-sister Marian knows of Laura's feelings for Walter, has great doubts about the marriage, yet is powerless to stop it...

Laura has finally come face to face with the woman in white who so resembles her. She had hoped to discover more about Sir Percival's secret, but their meeting was interrupted. Marian begins to fear for her sister's safety and is determined to learn what Sir Percival and Count Fosco are secretly planning.

Laura Fairlee and Walter Hartright have been reunited, but their happiness is marred by the fact that both their lives are in danger.